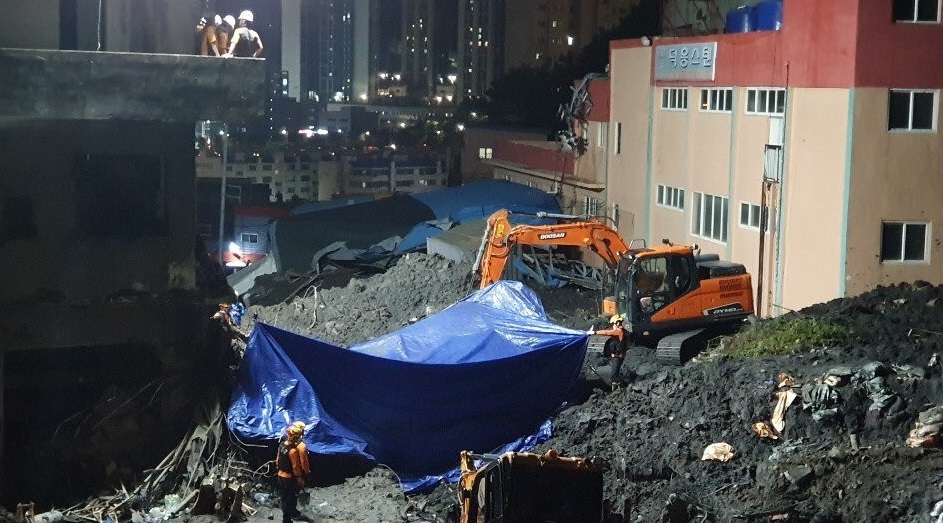 The government estimates that Typhoon Mitag killed at least 12 people and displaced more than 700 with heavy rains and strong winds.

The Central Disaster and Safety Countermeasures Headquarters updated on Friday evening that the typhoon left 12 people dead, eleven injured and two missing across the nation.

Some were found dead after being swept away by flash floods, while others were inside residences that collapsed due to landslides.

In Busan, a major landslide hit a house and a restaurant, killing four people.

Recovery efforts are ongoing in Pohang and Uljin in North Gyeongsang Province to search for the missing.
Share
Print
List