Son Heung-min Nominated for EPL Player of the Month 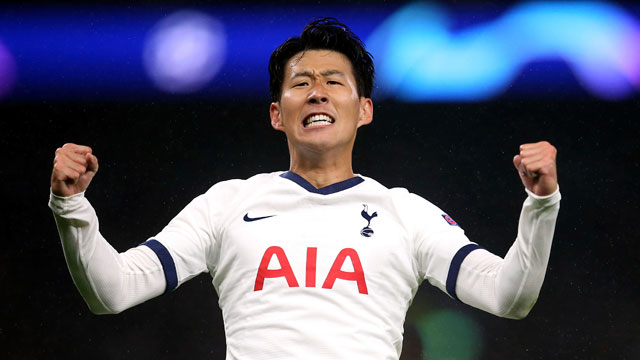 South Korean footballer Son Heung-min who plays for the English Premier League club Tottenham Hotspur has been nominated for the league's player of the month title for September.

The 27-year-old Hotspur forward is among eight players shortlisted for the honor.

Previously, he won player of the month in September 2016 and April 2017, and is the only Asian recipient ever.

The latest nomination is his fifth so far, since December of last year.

The player of the month award is determined by ten percent online fan voting and 90 percent ballots cast by a panel of experts and the captains of the 20 English Premier League teams.
Share
Print
List