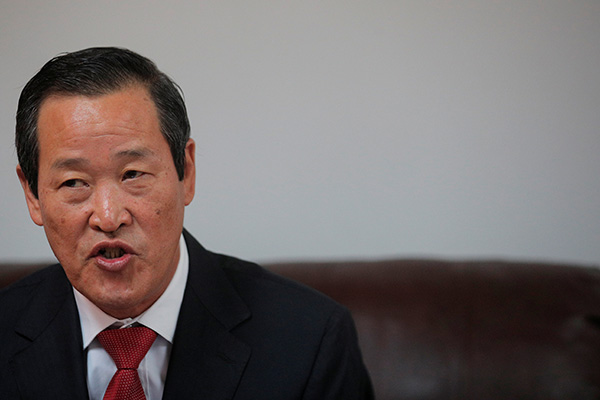 North Korea's ambassador to the United Nations on Monday warned the United States and European nations that it will not "sit idle" if they attempt to raise the issue of the North's recent missile test at the UN Security Council(UNSC).

Ambassador Kim Song made the remark to reporters at the North's mission to the UN, a day before the UNSC is set to hold a closed-door session to discuss the regime's test of a submarine-launched ballistic missile last week. The meeting was requested by Britain, France and Germany.

Kim said that those nations should know that North Korea will not just sit and watch their "dangerous attempt" to bring up the issue, describing the missile test as a self-defense measure.

The envoy added that North Korea knows well that the United States is behind the request for the UNSC meeting by the three European countries. He said if they raise the subject of the North's self-defense measures at the meeting, it will further encourage the North to defend its sovereignty.
Share
Print
List