Trump Suggests He Has Phone Calls with Kim Jong-un 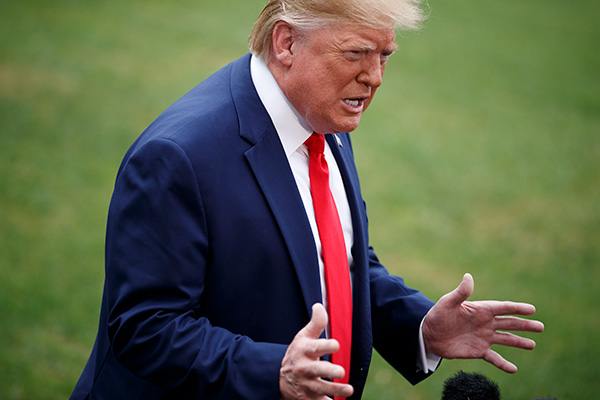 U.S. President Donald Trump suggested on Wednesday that he speaks to North Korean leader Kim Jong-un by phone, in addition to exchanging letters.

Trump mentioned Kim as he defended his controversial phone call with Ukrainian President Volodymyr Zelensky, the content of which has prompted an impeachment inquiry by Democrats.

Trump told reporters at the White House that the July phone call with Zelensky was "perfect" and repeated his suspicions that a spy had leaked the contents of the conversation to the whistleblower involved.

The U.S. president then said that when he's negotiating with China and Syria, and "all of the countries," he has calls with all these people including Kim Jong-un, adding he doesn't want to have spies in the White House and he wants to be free to make calls.

Trump's claims have not been confirmed by officials, and it is unknown whether some sort of hotline exists between the White House and Pyongyang.
However, Trump and Kim reportedly exchanged numbers during their first summit in Singapore last year.
Share
Print
List