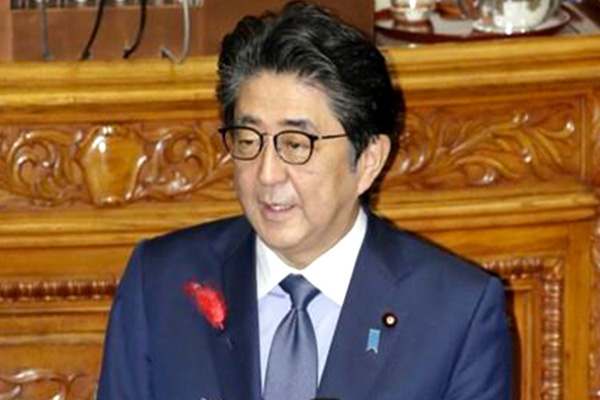 Japanese Prime Minister Shinzo Abe said Wednesday that the termination of a military intel-sharing pact with South Korea would not affect Japan's security.

According to Tokyo Shimbun on Thursday, Abe made the remarks to Japan's upper house of parliament in reference to South Korea’s decision not to renew the General Security of Military Information Agreement(GSOMIA).

Seoul announced on August 22 that it would not renew the three-year-old pact following a deterioration in South Korea-Japan relations due to historical and trade issues.

Regarding North Korea's launch of a submarine-launched ballistic missile on October second, Abe said that Japan is fully prepared and cooperating with the U.S intelligence community to enhance its own intelligence.

The Tokyo Shimbun noted that Japan had erroneously announced the North had launched two projectiles before revising this down to one.
Share
Print
List