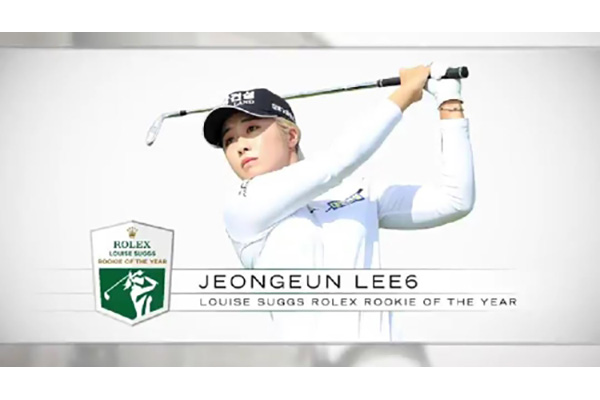 The LPGA Tour announced Friday that South Korean golfer Lee Jeong-eun has been named the 2019 Rookie of the Year, even as five tournaments remain in the season.

It marks the fifth consecutive season a South Korean player has won the rookie award on the premier women's tour.

Lee became golf's most promising female rookie this year by winning the U.S. Women's Open in June and clinching second place at the ShopRite LPGA Classic and the Ladies Scottish Open and Mediheal Championship along with ten other top-20 finishes.

In an interview with LPGA Tour, Lee said she is proud and honored to join the list of Korean golfers who have won the Rookie of the Year award every year since 2015.

She thanked those players who came before her for giving so much advice, and added that she wants to finish the season strong and perform well.

Lee is currently ranked number four in the women's world golf rankings and ranks second in money with over one-point-nine million dollars and second in the Player of the Year standings.
Share
Print
List