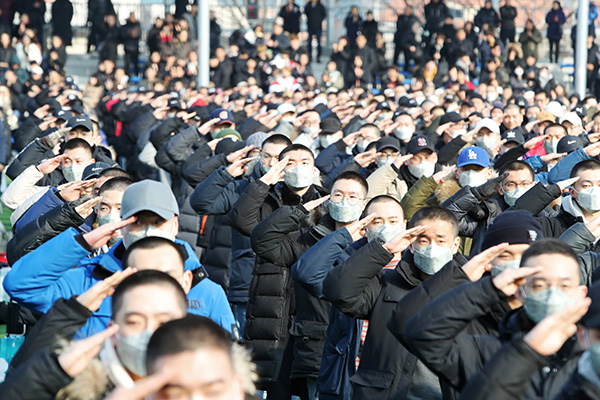 The Army plans to slash troop numbers by nearly 100-thousand in the next three years due to demographic decline and a need to enhance unit structures.

The Army unveiled the plan Friday in a briefing on the implementation of the the government's Defense Reform 2.0 during a parliamentary inspection of the Army held in South Chungcheong Province.

Accordingly, the number of troops will be reduced by 20-thousand this year.

The armed service branch said it completed an overhaul of 29 percent of two-thousand-53 units. It plans to conclude the revamp for the remaining one-thousand-451 units by 2025.

To make up for lessened combat capabilities resulting from the reduced number of soldiers, the Army will assign troops to combat missions and private personnel to noncombat duties while reinforcing key military capabilities.
Share
Print
List