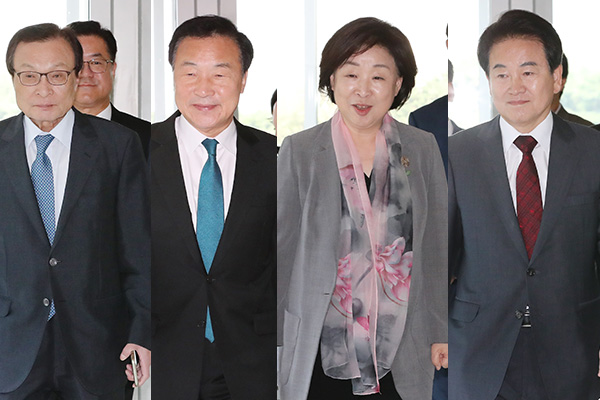 Parliamentary spokesperson Han Min-soo said on Friday the speaker and party leaders exchanged views on a range of issues, while agreeing to discuss details of the bills placed on fast-track at the next meeting with Hwang in attendance.

The participants agreed to form a working group consisting of members recommended by the speaker and party leaders to negotiate details of the reforms.

In late April, parliamentary panels designated the bills as fast-track proposals in line with the four parties' agreement despite strong objections from the LKP.

The ruling Democratic Party(DP) says the bills can be put to a vote at a plenary session after the 180-day period for committees to review them ends on October 26, while the LKP argues the bills need to be further reviewed by the judiciary committee.

The electoral reform bill, meanwhile, can be put to a vote any time after the 90-day review by the judiciary committee ends on November 26.
Share
Print
List