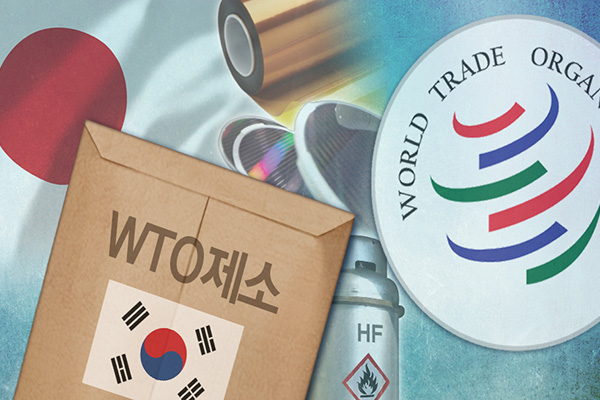 A former World Trade Organization(WTO) appellate judge says that it won't be difficult for South Korea to prove the illegality of Japan's export restrictions to the world trade body.

In an interview with Japanese broadcaster NHK, Peter van den Bossche, who formerly served on the WTO's Appellate Body, said that it won't be difficult to prove that Japan's measures against South Korea violate the world trade body's non-discrimination obligation.

Van den Bossche, who is currently a professor at Switzerland's University of Bern, pointed out that for Japan's argument that national security reasons are behind the exports curbs to be accepted, it will need to present clear evidence that shows Korean firms were neglectful in their trade management, such as the transfer of raw materials into North Korea.

The professor said Japan will likely quote the General Agreement on Tariffs and Trade, known as GATT, which recognizes exceptions to trade rules over concerns of national security.

He noted, however, that WTO members are concerned that GATT has been increasingly misused to justify trade exceptions.
Share
Print
List