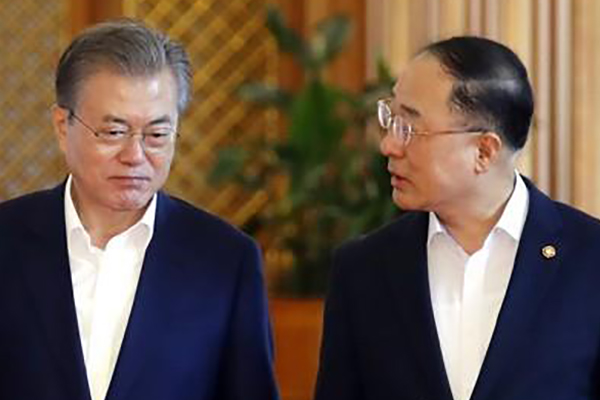 President Moon Jae-in ordered the Cabinet to be more aggressive in its fiscal execution to prevent economic conditions at home from worsening amid the slowing global economy.

Presidential spokesperson Ko Min-jung said that Moon issued the order on Friday after being briefed by Finance Minister Hong Nam-ki for an hour and a half on the state of the economy.

The president called for full preparations to deliver swift fiscal execution in next year's first quarter as well.

Regarding Japan's export curbs against Korea, Moon said the government and local businesses have coped with it relatively well, spurring efforts to localize the production of materials, parts and equipment and diversify supply channels.
Share
Print
List