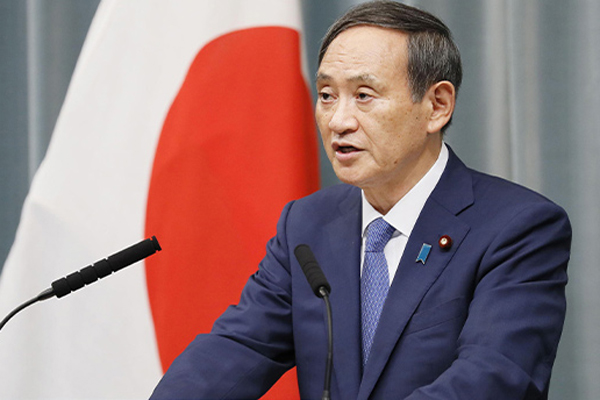 Japan has stressed the importance of implementing the agreement reached between North Korea and the U.S. following a statement from Pyongyang hinting at possibly resuming nuclear tests and the launch of intercontinental ballistic missiles.

In a news conference Friday, Japan's Chief Cabinet Secretary Yoshihide Suga urged the full and swift implementation of the agreement struck between the leaders of the North and the U.S. in June last year.

He said that Japan, the U.S. and South Korea were closely interacting on various levels and that Tokyo will continue to support the U.S.-North Korea process to denuclearize the Korean Peninsula.

Amid strained Seoul-Tokyo relations, it's regarded as unusual for Suga to mention cooperation with South Korea in relation to the North Korean nuclear issue.

On Thursday, the North's foreign ministry lashed out at European countries for condemning its recent missile test and warned that Pyongyang may reconsider the preemptive steps it has taken to build trust with Washington.
Share
Print
List