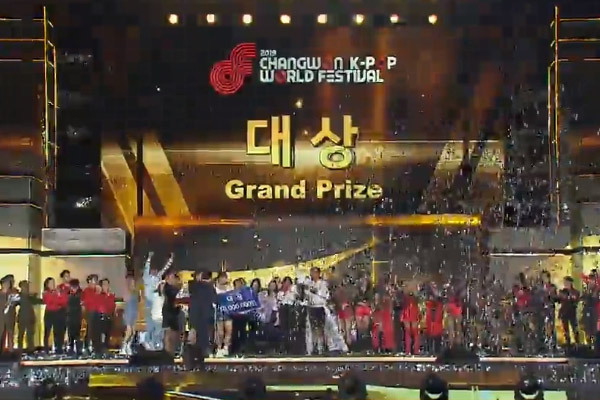 In its ninth edition, the K-pop world fest staged some 60 finalists from 13 countries in the main round.

The finalists went through a cutthroat preliminary at a 490 to one record competition ratio among 64-hundred teams from 84 nations.

The finalist teams arrived in Korea on September 30 and took part in cultural activities in between their rehearsals.

This year's winner was the Irish team who performed the song "Solo" by Jennie, a member of the K-pop girl band Blackpink.

Five teams were awarded in total including the ones from the U.S. and Canada.

Popular K-pop bands such as Red Velvet and Monsta X were also guest performers at the festival.

The final competition stage and the contestants' stay in Korea will be made into a documentary and air on KBS channels including KBS World in November.
Share
Print
List