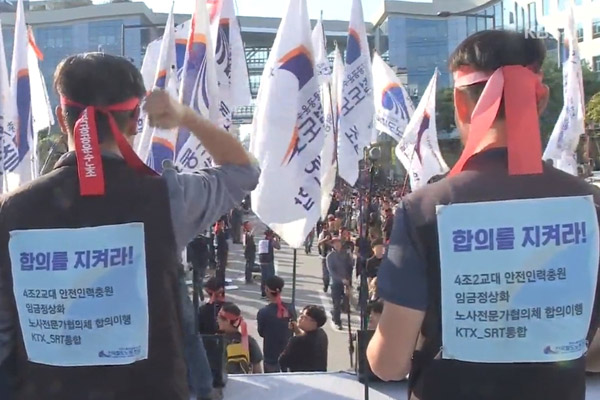 The Korea Railroad Corporation said around 76-point-five percent of regular weekend rail services were operating as of 11 a.m.

KTX bullet trains were operating at 72-point-one-percent of the normal level and the slower Saemaeul and Mugunghwa passenger trains at 65-point-six-percent and subways 86-point-seven percent the normal level.

Also only 22 percent of cargo trains were running.

Authorities are exerting efforts to maintain the overall operation rate at around 74 percent for Saturday.

They had warned of the walkout after failing to reach an agreement with the Korea Railroad Corporation on higher wages, better working conditions, and direct employment by the company.

If their demands are not accepted by management during the three-day collective action, the union plans to launch another general strike next month.
Share
Print
List