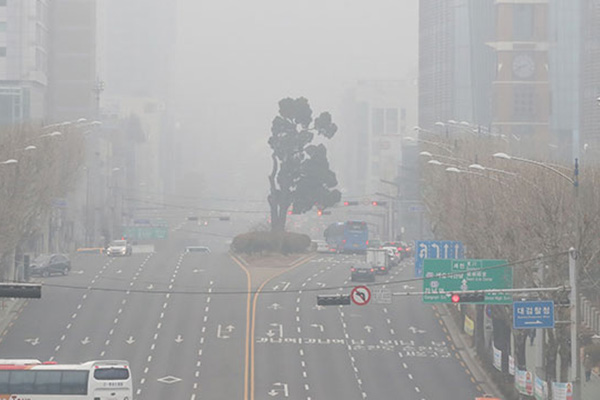 The government will enforce a mandatory alternate no-driving day system for public officials as well as the general public if the amount of fine dust rises significantly higher than standard levels.

The Environment Ministry on Tuesday unveiled a standard guideline on the management of fine dust, a follow-up to legislation designating fine dust as a social disaster in March.

Under the guideline, the environment minister will issue fine dust advisories for cities and provinces under the government's four-tier alert system depending on dust levels.

When the lowest ultrafine dust advisory is issued, the government will enforce an alternate day driving ban for civil servants based on license plate numbers, while reducing operations at construction sites.

When the highest advisory is issued, the general public will also be subject to the mandatory alternate day driving ban, and the government may consider shutting down schools and day care centers as well as the designation of a temporary holiday.
Share
Print
List