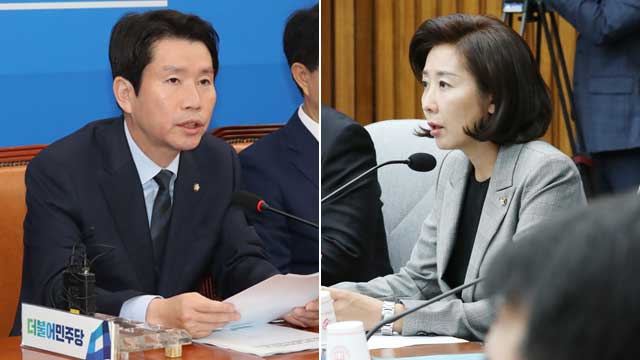 Rival parties have presented different ideas for prosecutorial reform after Cho Kuk stepped down from the justice minister post on Monday.

The ruling Democratic Party(DP) emphasized the creation of an independent unit to investigate corruption by high-ranking government officials, but the main opposition Liberty Korea Party(LKP) made its objection to such a plan clear.

DP floor leader Lee In-young said on Tuesday that Cho reached an irreversible milestone towards prosecution reform during the 35 days he was in office.

He said that his party would complete the reform, coordinating with opposition parties that fast-tracked judicial reform bills together with the DP.

He added that prosecutorial reform without establishing the special investigative body would be missing the mark entirely.

LKP floor leader Na Kyung-won, however, said that the DP's plan to create the new unit is only intended to prolong its power and that her party would never allow it.

The DP, LKP and the minor opposition Bareunmirae Party will sit down Wednesday to discuss fast-track bills aimed at establishing the anti-corruption unit and rebalancing power between the prosecution and police.
Share
Print
List