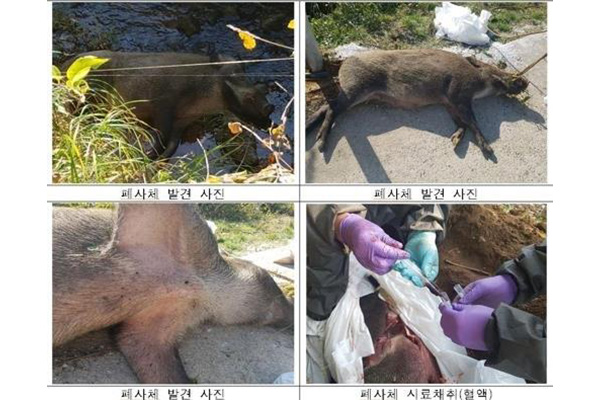 The defense and environment ministries will launch on Tuesday joint efforts to capture wild boars near general outposts(GOPs) and within the civilian control line(CCL) near the inter-Korean border in a bid to contain the spread of African swine fever(ASF).

The Defense Ministry said that some 800 personnel will be mobilized for the effort, including private hunters and operators of equipment on monitoring boars.

The ministry said it will form between 70 to 80 teams, each comprising some 12 members.

The teams will operate at nighttime in areas near the inter-Korean border which have been or are likely to be hit by ASF, including Paju and Yeoncheon in Gyeonggi Province as well as Hwacheon, Inje, Yanggu, Goseong and Cheorwon in Gangwon Province.

In a separate move, the Defense Ministry will set and operate traps for wild boars in an effort to reduce their numbers.

For regions that have experienced ASF outbreaks, the Defense Ministry will set up an interception facility so that wild boars in that areas will not be able to move to other regions.

The ministry will carry out the trapping efforts for 48 hours from Tuesday and will launch a full-scale effort after reviewing safety, efficacy and suitability of related measures.
Share
Print
List