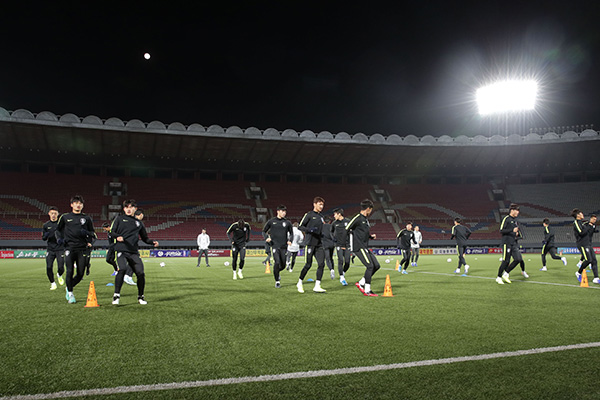 An official from the Unification Ministry said on Tuesday that the North promised to give the South Korean football team a DVD containing footage of the game before they return to the South via Beijing early Thursday.

The official added a press room has been set up at the stadium for the South Korean staff accompanying the players to deliver information during the game via email.

Pyongyang has been unresponsive to Seoul's repeated calls to broadcast the match and has not allowed South Korean spectators and media outlets into the country to attend.

Tuesday's game marks the first World Cup qualifier between the two Koreas played in Pyongyang and the first inter-Korean soccer match in the North Korean capital city since 1990.

The face-off comes in the wake of a near impasse in inter-Korean exchanges, largely due to a lack of progress made towards sustained denuclearization dialogue between Washington and Pyongyang.