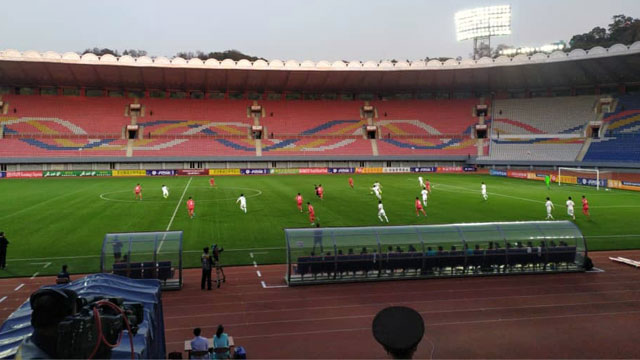 The World Cup qualifying match between South Korea and North Korea is taking place in Pyongyang without any spectators.

The Korea Football Association(KFA) in Seoul told reporters there were no fans in the stands at Kim Il-sung Stadium in Pyongyang in the Group H qualifying match for the 2022 FIFA World Cup.