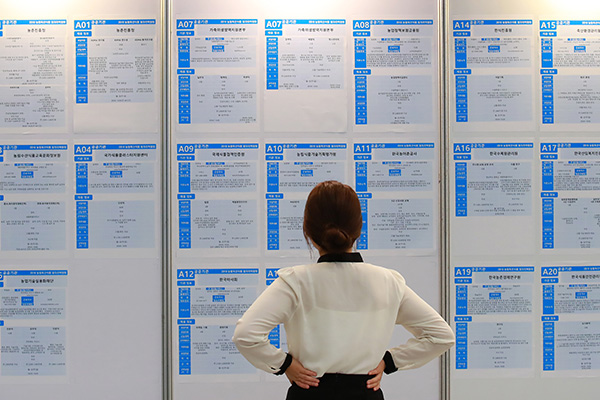 South Korea added over 300-thousand jobs for the second straight month in September.

According to Statistics Korea on Wednesday, the number of employed people reached 27-point-four million last month, up 348-thousand from a year earlier.

The economy added 452-thousand jobs in August, the largest figure since March 2017.

South Korea's jobless rate fell by point-five percentage point on-year to three-point-one percent in September, the lowest figure for any September since 2014.

The number of jobless individuals also decreased by 140-thousand on-year to 884-thousand last month, the lowest for any September since 2015.

The employment rate for young adults -- those aged between 15 and 29 -- came to 61-point-five percent, up point-three percentage points from a year earlier to post the largest September figure since 1996.
Share
Print
List