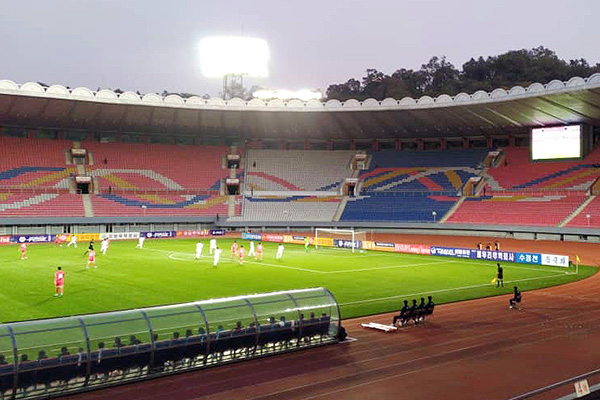 The news agency also mentioned the attendance of FIFA President Gianni Infantino, who arrived in Pyongyang earlier in the day.

In an interview posted on FIFA's website, Infantino expressed disappointment that there were no spectators in the stands and the game was not broadcast live.

Highlighting the values of freedom of the press and of speech, Infantino said his organization raised the issue with the North Korean football association.

Pyongyang kept the doors to the inter-Korean match shut to the public and also forbid South Korean media from entering the country to cover the event.
Share
Print
List