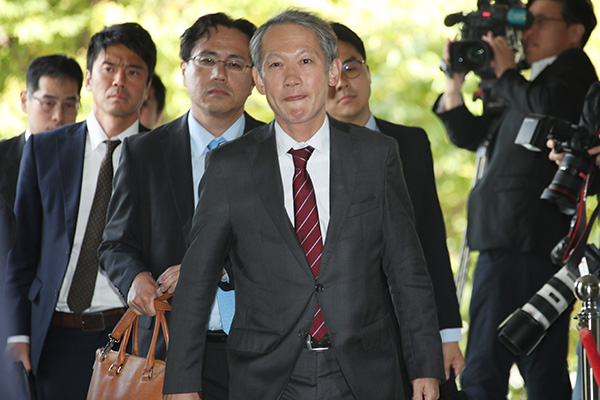 Diplomatic officials from South Korea and Japan held working-level talks in Seoul on Wednesday, with hopes to mend ties soured over colonial-era grievances and trade restrictions.

Wednesday's meeting comes ahead of Prime Minister Lee Nak-yon's visit to Japan next week to attend a ceremony marking the enthronement of Japanese Emperor Naruhito.

During his three-day visit starting next Tuesday, Lee is expected to meet one-on-one with Japanese Prime Minister Shinzo Abe, raising hopes that the two sides may thaw their frosty relations.

Speaking at the Japanese parliament on Wednesday, Abe highlighted the need for Seoul and Tokyo to maintain dialogue, adding South Korea is an important neighboring country.
Share
Print
List