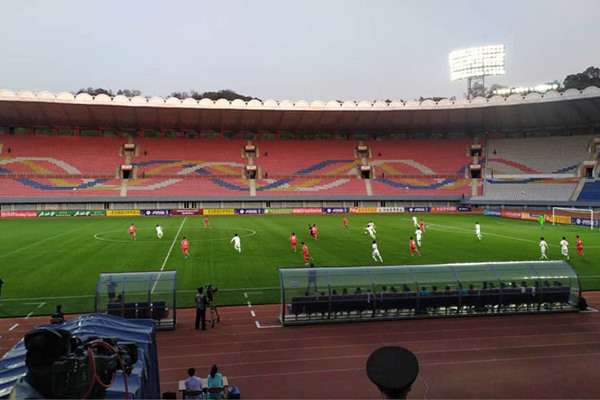 KBS plans to broadcast the inter-Korean World Cup qualifier held in Pyongyang earlier this week if North Korea hands over footage of the football match as promised.

An official of the South Korean public broadcaster said on Wednesday that the recorded match is slated to air at 5 p.m. on Thursday on KBS 2TV.

The official said the footage will be delivered by the North and handed over to KBS via the South Korean national football team early Thursday morning, when they return to Seoul via a flight from Beijing.

The rare inter-Korean duel for the 2022 FIFA World Cup, held at Kim Il-sung Stadium,  ended in a scoreless draw. The game was neither broadcast nor viewed by spectators in the stands as Pyongyang kept the doors closed to the public, both in the South and the North, as well as the South Korean media.
Share
Print
List