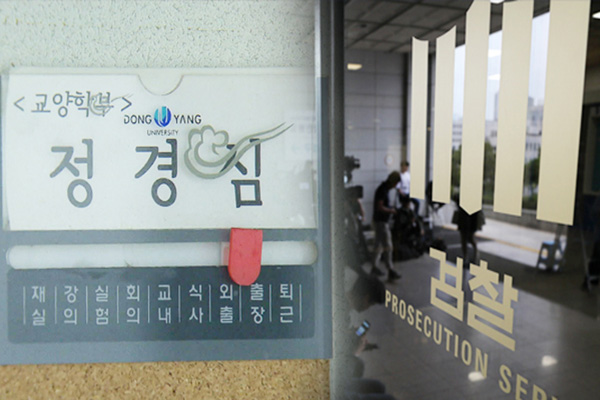 The wife of former Justice Minister Cho Kuk returned to the prosecution for questioning Wednesday afternoon, two days after she abruptly asked to be sent home due to her health condition.

The Seoul Central District Prosecutors’ Office said Chung Kyung-shim faced questioning for a sixth time over a various corruption allegations surrounding her and her family.

After Cho announced his resignation on Monday, Chung, who was in the middle of prosecution questioning, asked for session to stop and went home. Her lawyer later revealed that she was recently diagnosed with a brain tumor and cerebral infarction and sent medical documents to the prosecution to back the claims on Tuesday evening.