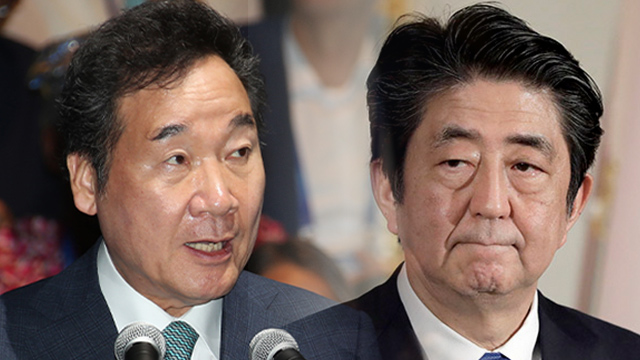 South Korean Prime Minister Lee Nak-yon is likely to meet one-on-one with Japanese Prime Minister Shinzo Abe next Thursday during his trip to Tokyo next week.

Citing multiple government officials in South Korea and Japan, the Sankei Shimbun daily also reported that a final coordination is under way to arrange a bilateral meeting of the two leaders next Thursday.

The possible talks, however, are expected to be brief in light of Abe's busy schedule and meetings with other foreign dignitaries.

Lee is set to visit Japan for a three-day trip next week to attend the enthronement ceremony of new Japanese Emperor Naruhito, slated for next Tuesday.

Lee will attend a banquet hosted by Abe the following day.

Lee's visit has raised hope that it could produce a breakthrough in the two countries' relations, which have reached a nadir over colonial-era grievances and trade restrictions.
Share
Print
List