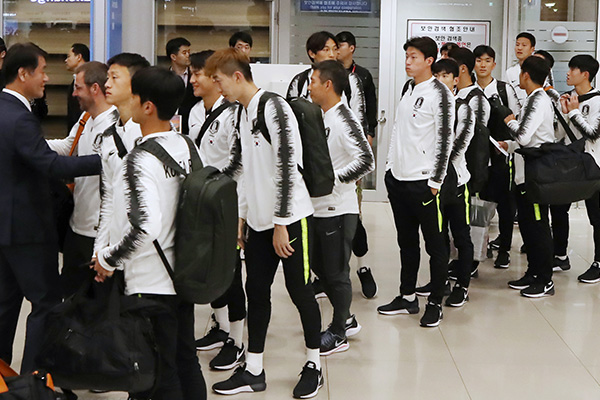 Arriving at Incheon International Airport from Pyongyang via Beijing, team captain Son Heung-min told reporters that the North Koreans played very rough during the match, which ended in a scoreless draw.

He said the North Koreans were extremely physical and hurled abusive words, adding that it might have been part of their strategy.

Son said he feels lucky that the South Korean players were able to escape injury during the match.

South Korea's coach Paulo Bento said that the team could not play properly as the game was halted frequently by the North's rough and foul play.

The Group H qualifying match for the 2022 FIFA World Cup took place on Tuesday at Kim Il-sung Stadium without spectators, and the North Korean government denied all foreign journalists access to the game.
Share
Print
List