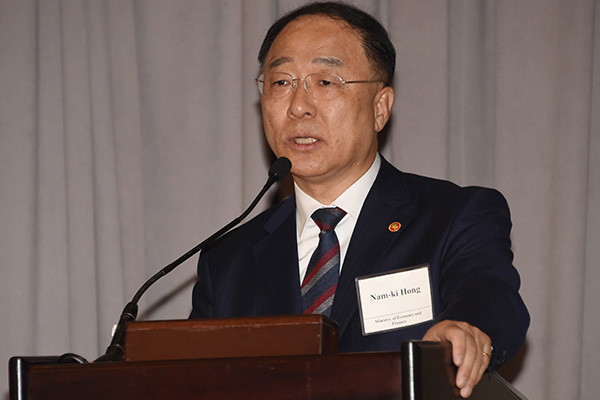 He pointed out that South Korea's ratio of debt to gross domestic product(GDP) is below 40 percent, considerably lower than other Organization for Economic Cooperation and Development member states.

He added that South Korea has a balanced industry portfolio, with semiconductor, automobile, steel and chemical manufacturing minimizing negative impacts from global uncertainties.

Hong noted, however, that the trade conflict with Japan is a risk factor. He said Japan's export curbs on Seoul will hurt South Korean manufacturers and Japanese exporters alike, nullifying what was previously a win-win relationship between the two neighboring economies.