Moon to Ride out Downturn with Aggressive Fiscal Spending 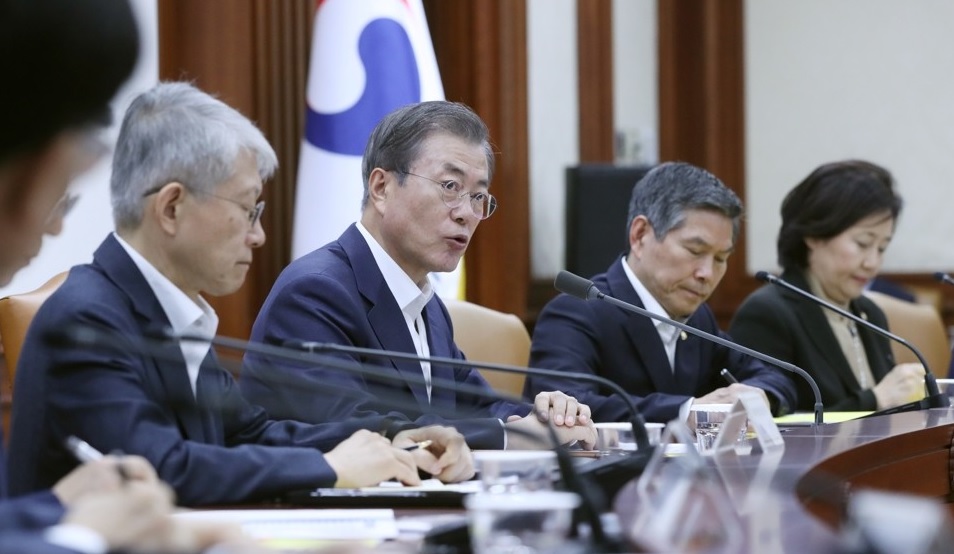 Moon on Thursday gathered economy-related officials amid the gloomy outlook for the global and Korean economies.

While noting that the world is facing the worst growth forecast since the 2009 financial crisis, the president added that the government will revitalize private investment alongside the expansionary fiscal policy.

His remarks came after the International Monetary Fund(IMF) slashed its global growth outlook for 2019 to three percent, down point-two percentage point from an earlier estimate.

The IMF on Tuesday cut South Korea's growth outlook for this year to two percent. That’s down point-six percentage points from an earlier forecast in April.

The meeting marked the first time this year for Moon to preside the meeting of economy-related ministers and key aides.
Share
Print
List