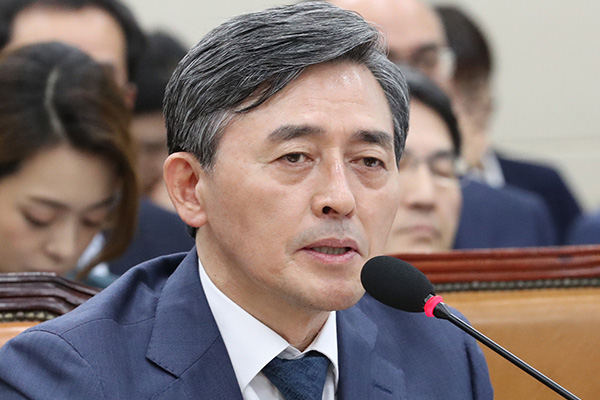 KBS has canceled the scheduled broadcast of Tuesday's inter-Korean World Cup qualifier because the quality of the recorded footage handed over by North Korea was not as good as Pyongyang promised.

The South Korean public broadcaster initially planned to air the match on Thursday afternoon after securing the footage from the South Korean national football team earlier in the day.

Answering related questions during a parliamentary inspection session on Thursday, KBS President and CEO Yang Sung-dong said an agency working for the North Korean football association promised to deliver footage that was suitable for broadcast.

However, he said the footage was a production made only for the purpose of recording the match, not for showing to the public.

Yang said the South Korean football governing body, the Korea Football Association, advised against broadcasting it, saying doing so could create problems regarding a broadcast contract with the North, and took the footage.

The match that ended in a scoreless draw at Kim Il-sung Stadium in Pyongyang was neither broadcast nor attended by spectators after the North banned entry to any South Korean press or supporters.
Share
Print
List