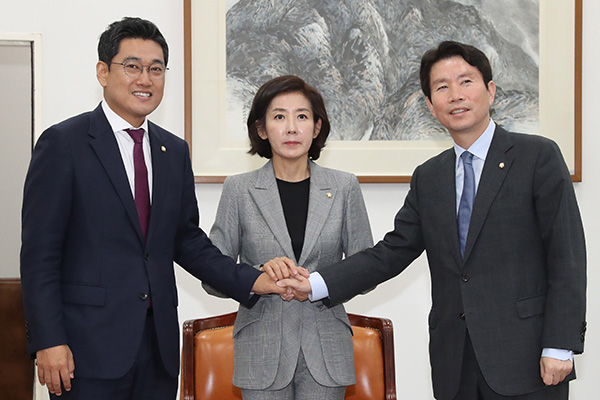 The ruling Democratic Party(DP) proposed on Sunday that political parties prioritize negotiation of a bill to set up an independent investigative body that deals with crimes by high-ranking public officials.

The bill is part of judiciary reform proposals that also include a bill to give more investigative authority to police. The controversial bills were placed on the fast-track in late April, along with an election reform bill.

DP spokesperson Park Chan-dae told reporters that the key to the prosecution reform is the establishment of a separate investigation agency, adding the party's special committee on prosecutorial reform decided to focus on the passage of the bill to set up a separate probe unit.

The DP believes it is possible for the National Assembly to handle the bill at a plenary meeting in October.

But the main opposition Liberty Korea Party(LKP) opposes the DP's proposal to prioritize negotiation of the bill.

She said the key to prosecutorial reform should be securing the independence of the prosecution by rebalancing power between the prosecution and police.
Share
Print
List