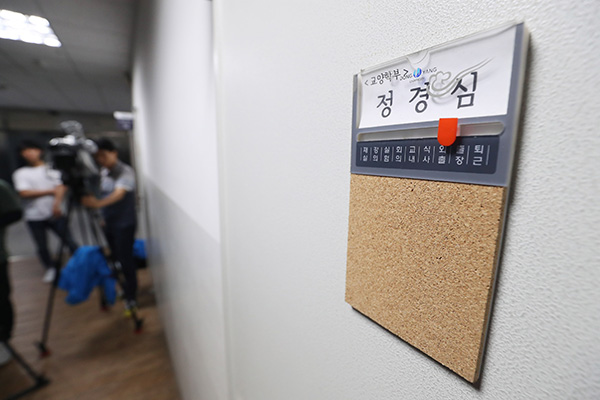 Report: The Seoul Central District Prosecutors' Office on Monday requested an arrest warrant for the wife of former Justice Minister Cho Kuk on charges of obstruction of business, obstruction of justice and the use of forged official and private documents.

Prosecutors now allege that Chung submitted the fake certificate to a number of medical schools in the country and obstructed the schools' admissions process.

Prosecutors believe she unlawfully intervened in the management of Co-Link Private Equity, and embezzled money from WFM, a business which Co-Link invested in.

Charges of abetting the fabrication and concealment of evidence were also made over accusations that Chung requested the fund operator draw up a fake report for Cho's confirmation hearing and called on her asset manager to change hard drives in her computers.

While Chung had complained of health issues during questioning, prosecutors likely deemed Chung healthy enough to be detained.

If the court issues the warrant this week, the prosecution may be vindicated of criticism that its investigation into the Cho family was excessive and a protest of the Moon Jae-in administration's reform drive.

The court's decision will also determine whether Cho Kuk himself will be summoned for questioning regarding his role in the alleged improprieties.
Choi You Sun, KBS World Radio News.
Share
Print
List