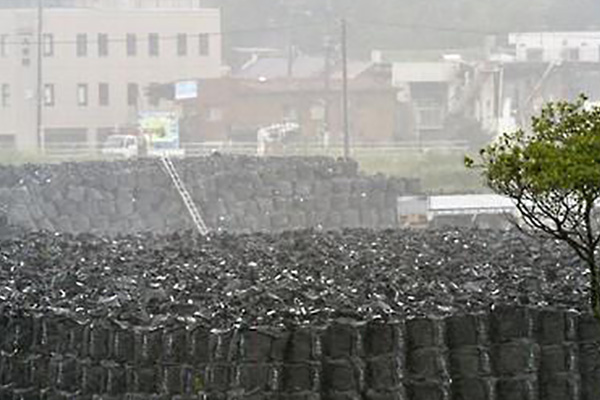 South Korea’s nuclear safety watchdog says it has requested the Japanese Embassy in Seoul to hand over documents concerning radiation-filled bags that were said to have been swept away from the Fukushima disaster site during a recent typhoon.

Uhm Jae-sik, the chairman of the Nuclear Safety and Security Commission, revealed the move during a National Assembly inspection session on Monday, responding to concerns that similar incidents could ensue since more typhoons are forecast to strike Japan.

Uhm said the commission asked for detailed information on the purported loss of the bags in the wake of Typhoon Hagibis, adding that his agency plans to bring up the issue during a high-level meeting between the nuclear watchdogs of South Korea, Japan and China set to be held in November.

Asked whether it is viable for South Korea to join the Convention on Supplementary Compensation for Nuclear Damage as a preemptive measure to deal with Japan’s radiation release, the chairman agreed, saying that his country needs the international convention.