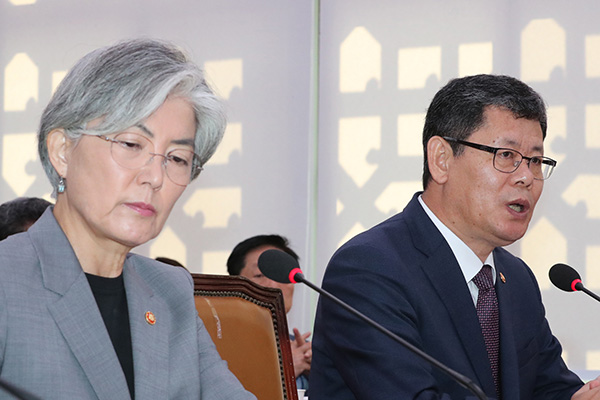 Seoul has confirmed that it sent high-level officials to Japan to help arrange South Korean Prime Minister Lee Nak-yon’s scheduled visit to the country this week.

Lee will depart for Tokyo on Tuesday.

Kang explained their visit was also aimed at facilitating various levels of dialogue with Tokyo, but declined to comment on whether the officials had successful talks with their Japanese counterparts. The minister said she was told discussions were held “in earnest.”

There was speculation the officials were trying to coordinate on some pending issues between the two countries ahead of the prime minister’s three-day visit, including the South Korean top court rulings on Japan’s wartime forced labor and Japan’s export curbs against South Korea.
Share
Print
List