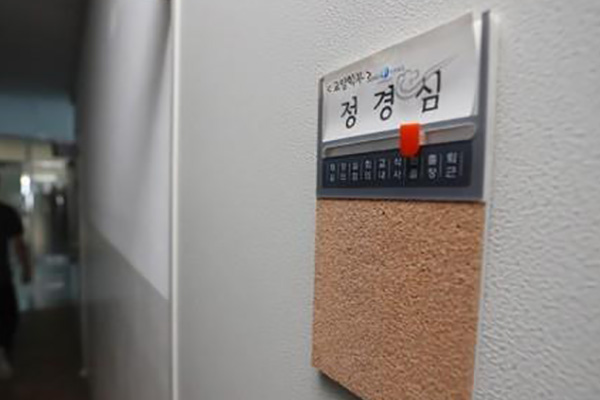 The Seoul Central District Court will hold a hearing on Wednesday to decide whether to issue an arrest warrant for the wife of former Justice Minister Cho Kuk.

The court will review the charges brought against Cho's wife, Chung Kyung-shim, including obstruction of business, obstruction of justice and the use of forged official and private documents. The court is likely to reach a decision as early as Wednesday evening.

Chung’s lawyers have described the prosecutors’ warrant request as "incomprehensible."

In a statement sent to reporters on Tuesday, Chung's lawyers said she is already standing trial on charges of fabricating a university president's award certificate to assist her daughter's admission to Pusan National University's medical school.

They said questions regarding those charges will be addressed in future trials.

As for allegations surrounding the Cho family’s private equity fund, the lawyers claimed the prosecution is seeking to put the blame on Chung for a wrongdoing committed by Cho’s distant cousin.
Share
Print
List