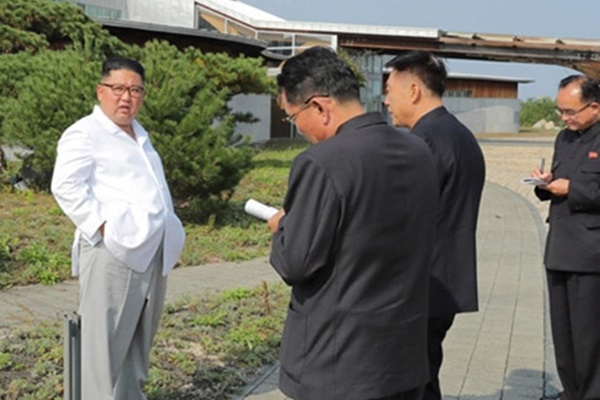 According North Korea's state-run Rodong Sinmun newspaper on Wednesday, Kim criticized the "mistaken policy" of predecessors who were dependent on others to develop the tourist spot.

While inspecting the tourist resort, which lies on the east coast of North Korea, Kim reportedly said the unpleasant-looking South Korean facilities must be removed and rebuilt in a modern way using North Korean methods.

Kim also said that it was a mistaken idea for Mount Geumgang to be viewed as a symbol of inter-Korean relations or common property of the two Koreas, underscoring that it is North Korean soil and tourism there should thus not be under South Korean control.

He said he would seek South Korean agreement on the removal of the facilities, adding that North Korea will always welcome its compatriots from the South if they want to come to the mountain after it is built as a world-level tourist destination.
Share
Print
List