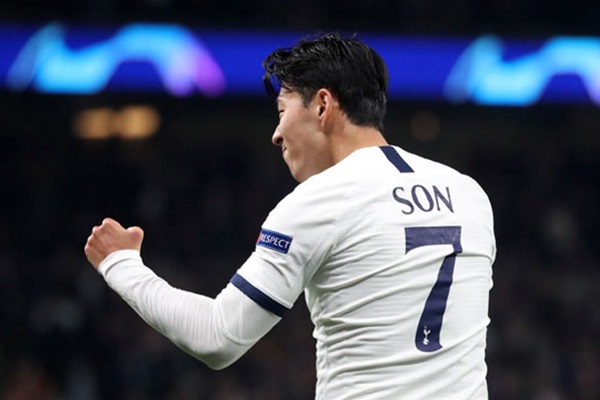 South Korean forward Son Heung-min of the Premier League's Tottenham Hotspur scored his fourth and fifth goal of the season on Tuesday.

Son scored two first-half goals in the 16th and 44th minute in a 5-0 rout of Red Star Belgrade in a Group B Champions League match at Tottenham Hotsur Stadium in London.

Son's second goal was the 121st of his European career, tying Cha Bum-kun's decades-old record for most European goals by a South Korean player.

Cha played in Germany's Bundesliga, including with Eintracht Frankfurt and Bayer Leverkusen, from 1978 to 1989, scoring 121 goals in 372 games.
Share
Print
List