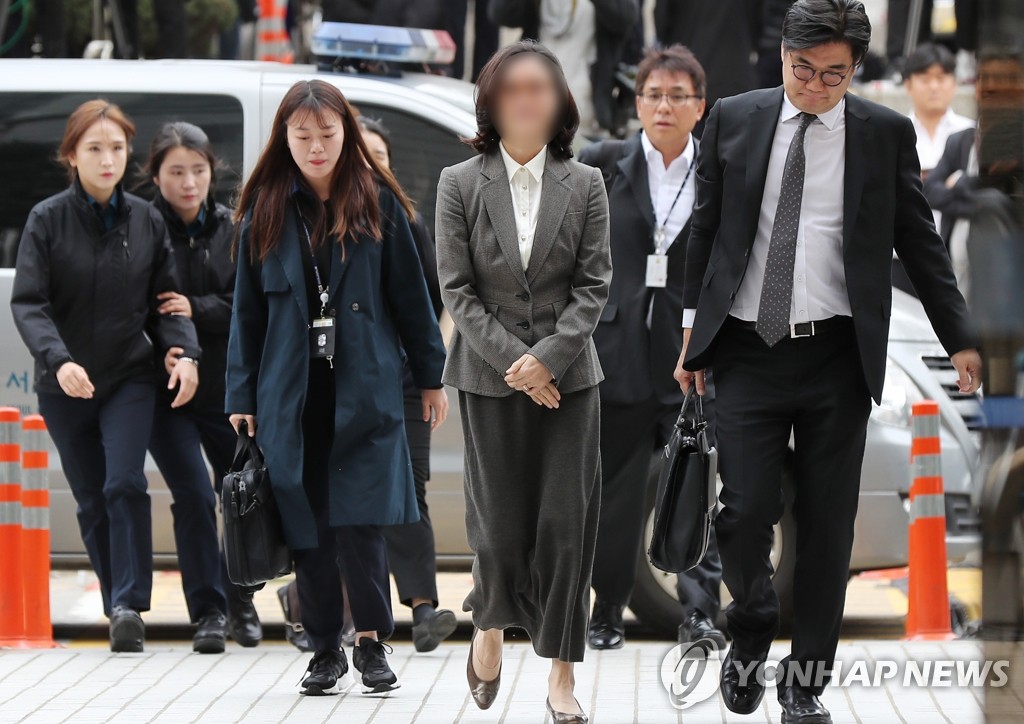 Chung Kyung-shim, the wife of former Justice Minister Cho Kuk, appeared before the Seoul Central District Court to attend a hearing on the prosecution's request to issue an arrest warrant.

Before she headed into the court building, she told reporters that she would sincerely cooperate at the hearing.

Chung is accused of multiple charges, including obstruction of business, obstruction of justice and the use of forged official and private documents.

The court is likely to reach a decision as early as Wednesday evening.

It was Chung's first public appearance as she was able to avoid the media spotlight earlier when summoned for questioning by prosecutors.

The prosecution alleges that Chung submitted a fabricated university president's citation to a number of medical schools to assist her daughter's admission.