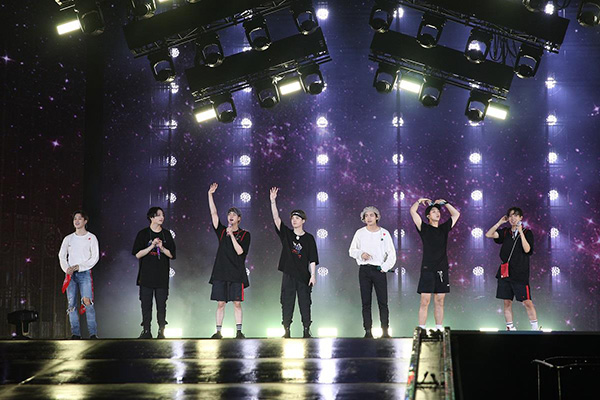 The band's agency, Big Hit Entertainment, confirmed on Monday that they were bestowed awards in the categories of "Best Live," "Biggest Fans" and "Best Group" during a ceremony held in Seville, Spain on Sunday.

This marks the second year in a row that the South Korean seven-member group has won for best group and biggest fans.

Launched in 1994, the MTV EMAs honors the biggest artists, songs and music videos that are most popular in Europe.
Share
Print
List