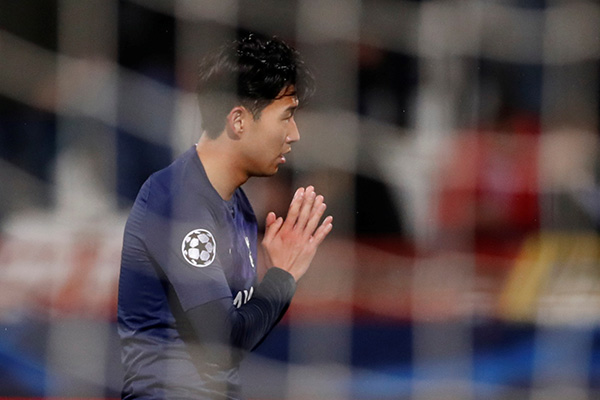 South Korean forward Son Heung-min of the Premier League's Tottenham Hotspur has broken the record for most European league goals by a Korean player.

Son scored his sixth and seventh goal of the season in the second half of a 4-0 rout of Red Star Belgrade in a Group B Champions League match at Red Star Stadium in Belgrade.

Son's goals were the 122nd and 123rd of his European career, breaking Cha Bum-kun's decades-old record of 121 for most European goals by a South Korean player.