FM Kang: No Change in Gov't Stance on GSOMIA 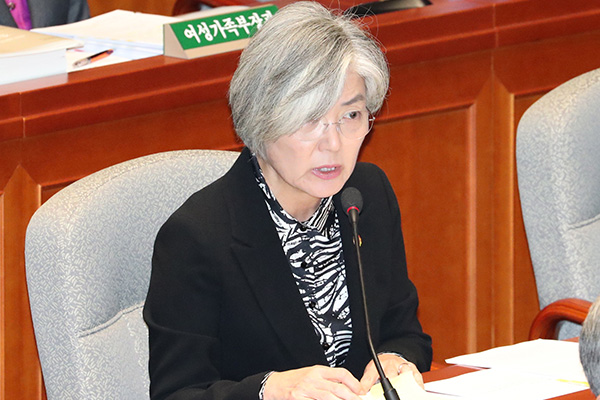 Foreign Minister Kang Kyung-wha says the government has no plans to reverse its decision to let a military intelligence-sharing agreement with Japan expire on November 22.

Speaking before the National Assembly’s Special Committee on Budget and Accounts on Friday, Kang said the government maintains its initial decision regarding the General Security of Military Information Agreement(GSOMIA).

Kang said the decision not to renew the deal was made after much consideration following Japan’s unfair export curbs against South Korea. She then reiterated Seoul’s stance that it would reconsider its decision on GSOMIA if Japan removes the export restrictions.

On the U.S.' repeated calls to extend the deal, Kang said Seoul is thoroughly explaining its position on the matter to Washington.