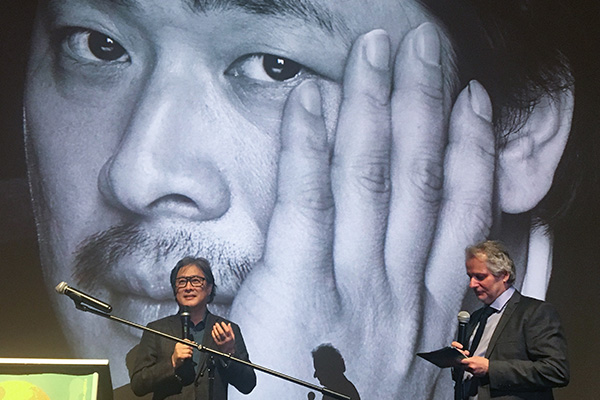 South Korean director Park Chan-wook won an honorary award at the "Films from the South" film festival in Oslo.

Park was awarded the Silver Mirror Award at the opening ceremony of the 29th iteration of the festival on Thursday.

Running until November 17, Films from the South is the biggest annual film festival held in Oslo, and serves as a platform for films and filmmakers from Asia, Africa and Latin America.

The festival attracts more than 25-thousand viewers each year, showcasing around 250 films from some 35 countries.

The festival offers some special programs on South Korean films this year, commemorating the 60th anniversary of diplomatic ties between Seoul and Oslo.

Park said that he admires the Norwegians who are making efforts to understand other cultures in an era when more people erect barriers and refuse to communicate with others.
Share
Print
List