Abe: Won't Concede on Basics that Need to be Protected 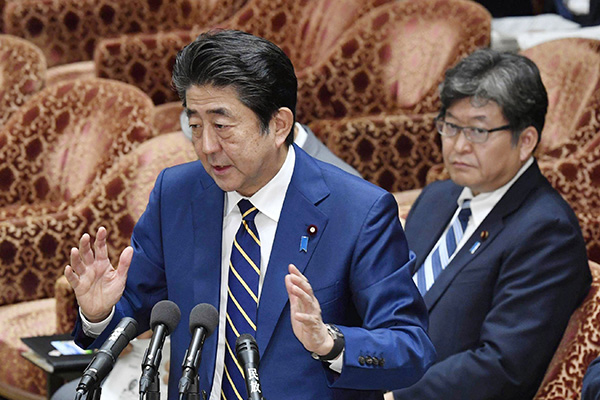 In a recent interview to be published Saturday with the Japanese magazine Bungei Shunju, Abe said that the Supreme Court rulings on South Korean victims of Japan’s wartime forced labor are a violation of the 1965 treaty that normalized bilateral relations.

He accused Seoul of neglecting the violation by allowing the ruling.

Abe then stressed he has absolutely no intention of making concessions on basics that need to be protected by the government.

On President Moon Jae-in, Abe said that a leader carries on their back political affairs and history and has to work with hardships along the way.

As one of the tasks he plans to achieve during his remaining term, Abe cited resolving the issue of Japanese abductees in North Korea.
Share
Print
List