Moon Calls For 'All Effective Measures' to Enhance Fairness in S. Korea 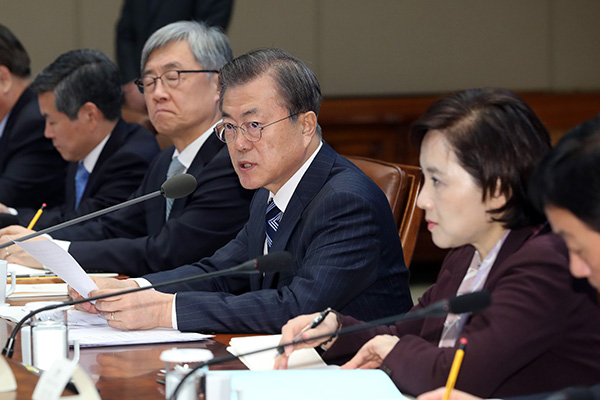 President Moon Jae-in called for the mobilization of "all effective measures" to bolster the overall fairness of South Korean society.

Chairing a session of an inter-agency anti-corruption council on Friday, Moon noted efforts by his administration to eradicate corruption and move towards becoming a more transparent society.

However, the president stressed there's still more to be done regarding foul play and privileges enjoyed by the wealthy and powerful.

Specifically referring to his prosecutorial reform drive, Moon said while prosecutors have achieved a great deal of political neutrality, they need to respond to calls for a "next-phase reform," including joining efforts with the Justice Ministry.

The president said the task at hand is to establish a fair anti-corruption system that won't be swayed under current Prosecutor General Yoon Seok-youl or any of his successors.