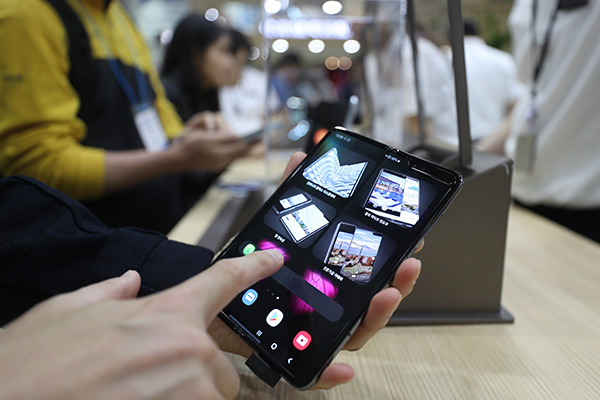 Samsung Electronics' Galaxy Fold foldable smartphone sold out in online stores in China shortly after its launch on Friday.

Samsung also said through its sina.com Chinese blog account that the complete stock sold out in just five minutes.

The Korean tech giant rolled out the Galaxy Fold in online and offline stores in China at 10 a.m. at a cost of 15-thousand-999 yuan or about two-point-six million won.