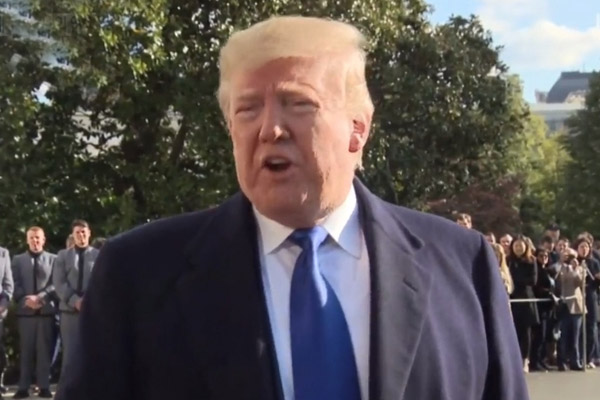 President Donald Trump said on Friday he has not agreed to rollbacks of U.S. tariffs on Chinese goods, denying a claim by Beijing that he was willing to.

According to Reuters and Bloomberg News, Trump told reporters that China would like to get somewhat of a rollback, not a complete rollback because they know he won't do it.

Trump added he "hasn't agreed to anything."

His remarks are in denial of China's announcement Thursday that the two sides had agreed to roll back tariffs on each others’ goods in a “phase one” trade deal.

But Reuters later reported that the idea of tariff rollbacks met with stiff opposition within the Trump administration.

On Friday, Trump also said that China wanted to make a deal more than he did, and if completed, the deal would be signed in the United States.

Reports say Trump's remarks have sparked fresh doubts about when the world’s two largest economies may end their trade war which has been going on for 16 months.
Share
Print
List