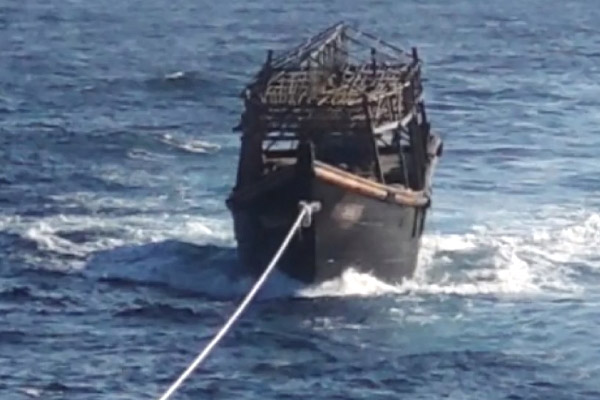 The South Korean government has affirmed that its stance on accepting all North Korean defectors who enter the South in accordance with due procedures remains unchanged.

This follows the deportation of two North Korean sailors who crossed over the Northern Limit Line maritime border into South Korea after murdering their fellow crew members.

Seoul's Unification Ministry issued a press release Friday and said the deportation was an exceptional case completely different from other possible criminal situations in an ordinary defection event.

The ministry said the latest incident was a serious nonpolitical crime of murder and clearly not subject to protection under the North Korean Refugees Act.

It said that other political crimes such as involving dissidents are completely separate.

Kim said such claim is inappropriate and irresponsible as defectors can feel more anxious and nervous.

Kim explained the two North Koreans expressed intent to defect to the South, but Seoul authorities repatriated them believing their real intention was to flee from punishment, given the inconsistent statements and overall circumstances.

The spokesperson promised to strengthen related regulations admitting that clear legal grounds were found to be insufficient in dealing with the latest incident.
Share
Print
List