Pres. Moon to Have Dinner with Party Leaders Sunday 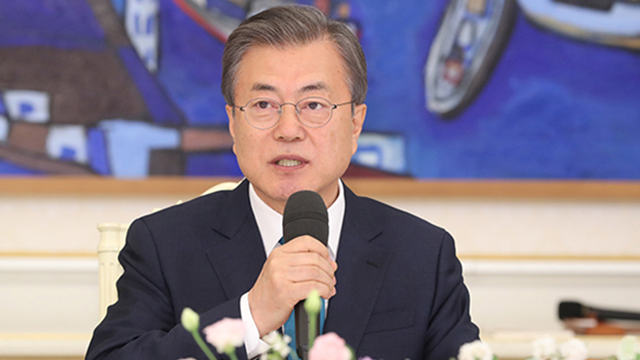 President Moon Jae-in will have a private dinner on Sunday with the heads of five political parties at the presidential office.

The dinner was arranged by the top office to express gratitude for the party leaders' recent visit to Busan to pay their respects to the deceased mother of Moon.

Ruling Democratic Party Chairperson Lee Hae-chan and the heads of four opposition parties have all reportedly expressed their intent to attend the dinner.

The planned meeting between the president and the party leaders would mark the first since July 18, which was held to discuss responses to Japan's trade restrictions on South Korea.

The dinner will be held behind closed doors and the presidential office reportedly has no plan to provide a related briefing regarding the meeting.