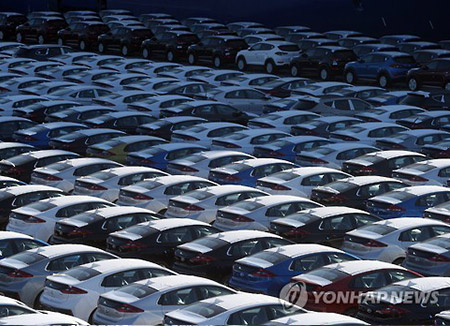 South Korea's automobile output is likely to hit a nine-year low this year, slipping below four million units for the first time since 2009.

According to data from the Korea Automobile Manufacturers' Association (KAMA) on Sunday, the combined sales of local automakers came to three-point-24 million units in the first ten months of the year, down point-seven percent from the same period last year.

The figure is the lowest since 2009, when the number stood at two-point-79 million units in the aftermath of the global financial crisis.

If the current pace persists into the end of the year, the country's auto sales are likely to decline for the fourth consecutive year this year and unlikely to surpass four million units as well.