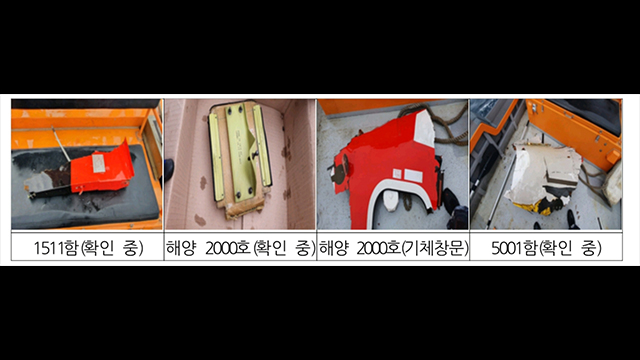 Search and rescue workers on Sunday found debris of a helicopter that crashed in the waters of the East Sea last month.

A pan-government team supporting the search operation said that four items, including a window of the ill-fated chopper, were retrieved on Sunday morning two to five kilometers away from a location where the fuselage was found.

On October 31, a rescue helicopter carrying seven people crashed into the East Sea shortly after taking off from Dokdo. Three bodies, including those belonging to a co-pilot and mechanic, have now been recovered.

The search for the four remaining missing passengers continued on Sunday, mobilizing 15 vessels and six aircrafts, as well as a remotely operated vehicle.
Share
Print
List