Moon Pledges Real Changes in 2nd Half of Term 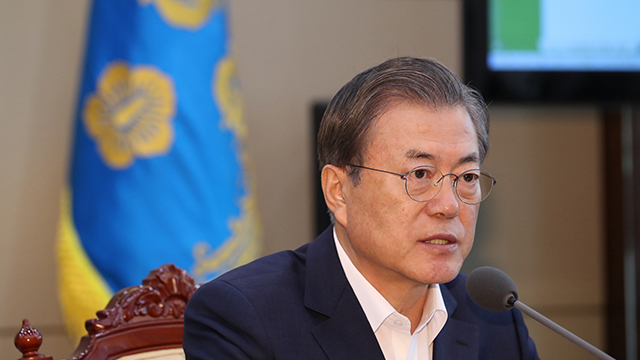 President Moon Jae-in says he will bring real changes wanted by the public in his remaining two and a half years in office.

Moon on Monday marked the start of the second half of his term in office during a weekly meeting with his senior aides at the top office.

Calling ensuring fairness an irreversible trend of the time, Moon promised to rectify deep-rooted vested interests and inequities in the establishment, so that equal opportunities are guaranteed to everyone.

While pledging to carry out the duty that the public and the present era have assigned to him, Moon said that he will heed the various voices of the public.

On the North Korea front, he said the government is facing many difficulties but there is no other option besides establishing peace and prosperity on the Korean Peninsula.
Share
Print
List