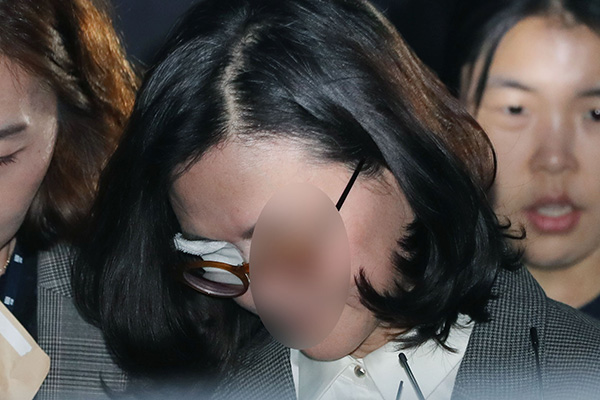 The prosecution has filed three additional charges against the wife of former Justice Minister Cho Kuk regarding finance-related improprieties.

The Seoul Central District Prosecutors’ Office said on Monday that it has indicted Chung Kyung-shim on a total of 14 charges.

Prosecutors initially applied 11 charges against her last month when seeking a court warrant to arrest her. The three new charges are fraud, stock investment under a borrowed name and violation of the real-name financial transaction law.

Many of the charges against Chung are related with the allegation that she, a professor at Dongyang University, fabricated a university president award and used it to help her daughter gain admission to medical school.

The prosecution accused the daughter of being an accomplice in the alleged academic impropriety case.

Chung is also accused of intervening in the operation and investment of Cho family assets in a private equity fund and siphoning off money from a company the fund invested in.

It is speculated that the former minister will also likely be summoned soon to face questioning over the charges directed at his wife.
Share
Print
List